Skip to content
TAKE THE RISK OR LOSE THE CHANCE

Take The Risk Or Lose The Chance

I wouldn’t call myself an adrenaline junkie per se, but I don’t mind the occasional thing that challenges me.

I’ve sky dived once falling far above the ground and awkwardly hopped myself off a bridge in a bungee jumping experience in New Zealand. All because I have the attitude that it is best to experience something at least once, in order to form an opinion of it.

I often try things that set me outside my comfort zone. It’s this attitude that has provided me with some great experiences in my time.

Most recently, I had the chance to do a few laps with 2017 Virgin Australia Supercars Championship Winner, Scott Mclaughlin and I can say, it was an awesome thrill!  I am a believer in the old adage “do something that challenges you”, and taking advantage of rare opportunities, this was certainly one of those times.

Surprisingly, the million dollar car was completely underwhelming at first view. Internally it consisted of one seat and a place where the second seat should be – which incidentally is where I sat! The back seat was taken up completely by the engine, which I later discovered costs approximately $400,000. And there were no side panels to hold all the mechanisms in, everything was exposed. I dressed in the appropriate safety gear – jumpsuit, helmet and gloves, and strapped in for the ride.

With a pro driver (Pro being the ultimate word) I was supremely confident in his ability, allowing me to have that certain trust you really need to have to go a break-neck speed with someone. At top speed we got to 305 kms and when it came time to braking McLaughlin navigated each corner with the sudden action of a gear shift to slow down, sending an almighty jolt coursing through my entire body.

Though uncomfortable in the hot jumpsuit and small car (as you might be able to note from the picture), I left that day with a renewed respect for the driver who had the ability to control the vehicle and navigate the difficult road ahead, making life changing decisions in split second moments. It was impresive to witness and an experience I will not forget.

I marveled at how such a small thing can make such a big impact on you and noted that, like most things in life, either you take the risk or you can lose the chance.

Learn more about Amjad Khanche via his Being Entrepreneurial series, where he retells the story of his first business venture, building a coffee franchise across India. 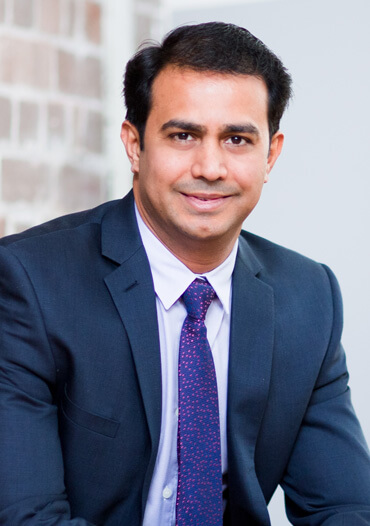